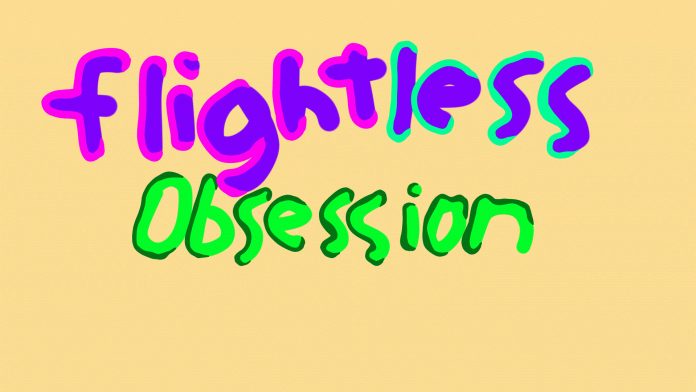 The New Zealand Surf Movie – Flightless Obsession premieres this Sunday (20th September, 2020) on You Tube. The movie features a number of our elite surfers such as provisional Olympic qualifiers Billy Stairmand and Ella Williams along with dozens of the country’s best surfers in a scrapbook-style edit.

It is the first surf movie that Surfing New Zealand has put together to showcase local talent and has been met with enthusiasm from the surfing community and includes sections for males, females, groms and longboarders.

The thirty minute long movie was born out of the lockdown earlier in the year with Surfing New Zealand seeking content submissions from around New Zealand. Kiwi surfers rallied with sixty surfers submitting over 400 clips for the project.

The movie name – Flightless Obsession, was also crowd sourced after numerous suggestions were provided and voted on via social media. Flightless Obsession went head-to-head with other titles in several voting rounds, ultimately winning out after 10,000 votes during the process.

Flightless Obsession was packaged together by young surfer and aspiring editor Hunter Cooney. At 15 years of age, this is Hunter’s first full length surf movie after having put together a number of short films under his You Tube channel Proud Kook.

A call also went out for music to accompany the surfing. Sound tracks are included from Sit Down in Front, Tokyo Beef, Summer Thieves and Hazza Making Noise.

New Zealand has a lengthy history of surf films going back to some of the originals like Children of the Sun and Last Paradise in the 60s and 70s.

In the 90s there was the Coastal Disturbance Series, Wet Rubber and Surfers Overseas.

Over the past 15 years, Gisborne’s Damon Meade has been at the forefront of surf films producing a number of the world class edits such as Skux Deluxe, Wolfskinz, The Motive and Under the Weather. During the same period, Damien Phillips released Endless Winter featuring South Island surfing and Children of the Underworld came out of Taranaki.

More recently, award winning ‘The Way’ was produced by Luke Cameron – a story about a board originally belonging to Peter Way that washed ashore. The film details how its founders traced the board’s and surfing’s roots through New Zealand.

The Aotearoa Surf Film Festival, now into its seventh year continues to highlight surf movies from around the country breeding new talent along the way.

The premiere of Flightless Obsession will stream from 6:15pm on Sunday – www.youtube.com/surfingnz1963.